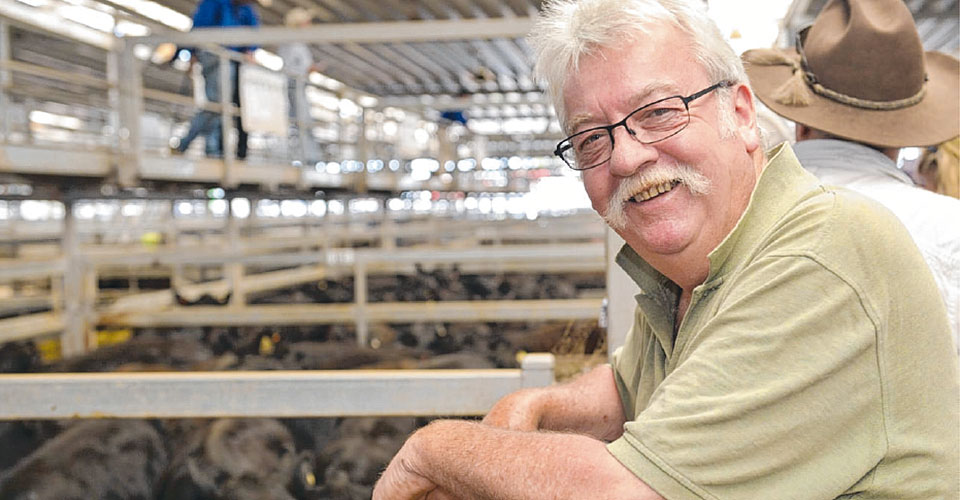 Reproduced with permission of The Weekly Times.

That’s a feat that was achieved this year at Wodonga when Pulitano Pastoral took both titles in an offering that included some of the best cattle produced in North East Victoria.

The operation is run by manager John Christoper, who oversees the management of the Angus herd on two properties at Merrijig and Bonnie Doon.

And he puts the win down to a mix of breeding and feeding which has seen the relatively new herd, just 12 years old, achieve champion status before.

Mr Christopher used Angus bulls from the now dispersed Welcome Swallow stud at Benalla, and more recently has selected sires from Alpine Angus near Myrtleford. This year’s drop of calves at Wodonga were about 75 per cent Welcome Swallow blood.

When it comes time to select bulls, he will inspect all the sires on offer and come up with a shortlist of eight to 10 he is prepared to buy.

Those sires are selected primarily on phenotype – they have to meet strict criteria before Mr Christopher will look at the figures.

“I want the bulls to be straight in the back and they have to have a good rear end,” he said.

“They also have to have good feet as soundness in feet is really important.”

He will then look at figures and pay particular attention to birthweight Estimated Breeding Values.

“I won’t really look at a bull that has a birthweight of more than 5 — ideally we like to choose bulls that are 4.8 or lower,” he said.

“Keeping an eye on birthweight means that we generally have no troubles at calving at all.”

The cow herd, 140 of which are run at Merrijig and 200 run at Bonnie Doon, are joined for six weeks.

The condensed calving means most calves are born toward the end of February or early March, and this tight period means most of the calves are around the same growth stage and weight when it comes to selling them at the weaner sales each year.

While the genetics are important, it is vital to keep the cows and calves in good condition to maximise those genetics.

Mr Christopher begins feeding cows in mid-April and usually stops in the first week of September.

The cows are fed pasture hay, which is a mix of ryegrass and clover that the operation produces itself.

The pastures are heavily fertilised, and that, too, means a large volume of feed grows each year.

“We try to always have a bank of feed ahead of us, the cows are continually getting fresh paddocks,” Mr Christopher said.

The operation, which covers almost 1000ha, has developed a reputation for producing high quality calves and this year, the rewards were not only in winning the best presented pens.

But buyers showed how much they like the Pulitano Pastoral cattle when the line of 49 heifers sold to a breeder from Cumnock, NSW, for $985. The 320kg heifers returned as much as their brothers, selling for the equivalent of 308c/kg.